We're excited to present Insight 3.2. Some of the highlights are:

Based on questions from our customers, such as "Can you find me the next ..?", we added a new feature called Player Roles. With this feature we enable our users to search for similar players based on the playing style of a given player.

The previous version of the xG metrics was based on a rolling average of 10 matches, which was not representative for the xG of a player in multiple ways: average could be based on a wide range of shots (from 1 to tens), and the chart implied a certain level of xG whilst a player did not play a match. We updated the xG metrics by: 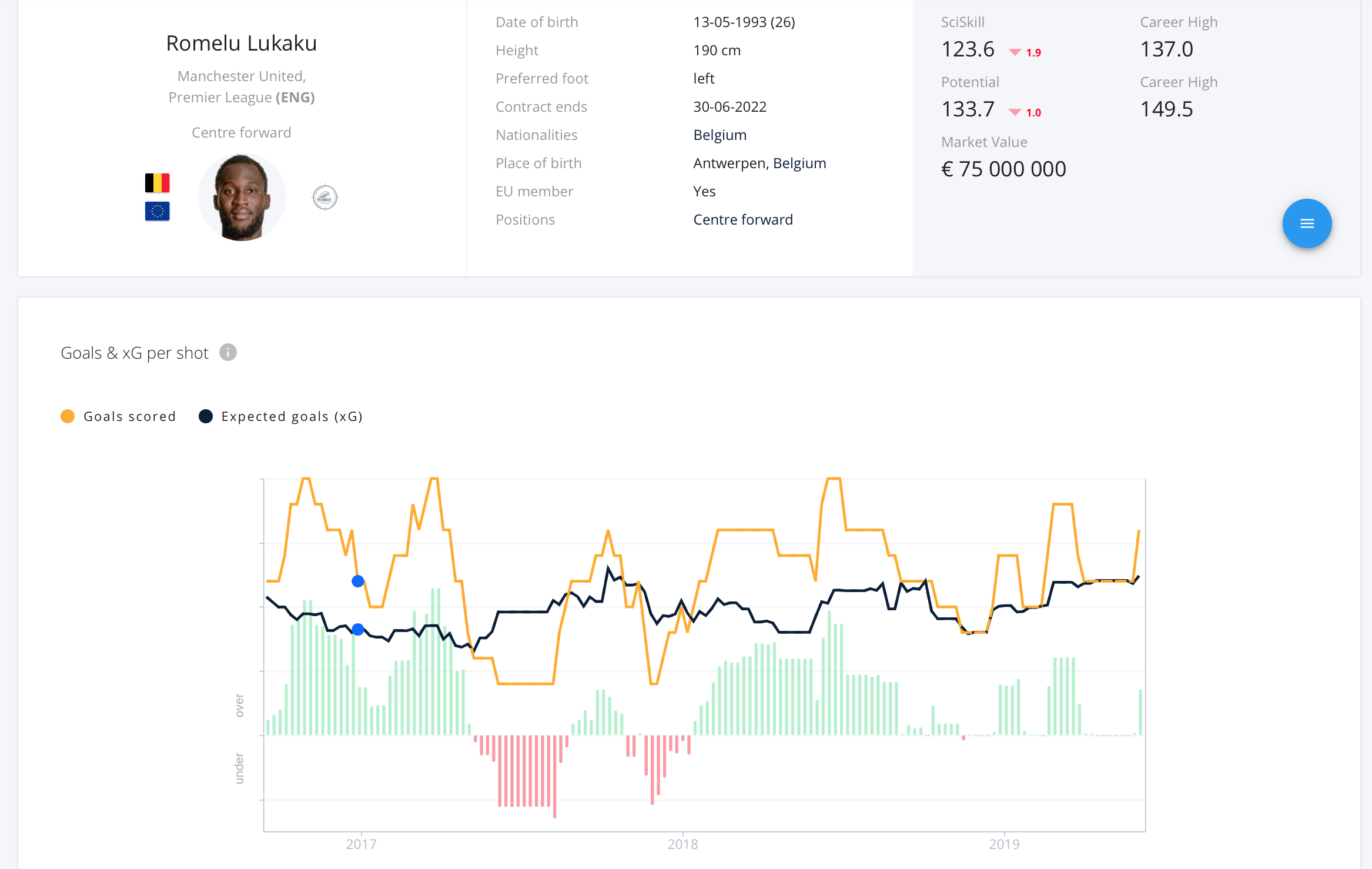 Select All / Deselect All functionality

Bulk operations in de player list or shortlist now become easier with the checkbox on top of the list. The checkbox allows you to select all visible players in the list, or deselect all selected players. With this functionality adding players to or removing them from your shortlists can be done much faster than before.

Before, players had to be in the same list (player list or shortlist) to be able to compare them. Now we added features that makes it possible to add players for a comparison while viewing the details of a specific players. Just open the blue menu button on the player page and select "Add players to compare with".