We're excited to present Insight 3.3. Some of the highlights of this release are:

Basic performance stats like the amount of shots, passes and dribbles are becoming more common within the football industry. However, at the same time, critical questions arise just as quickly. The lack of context and circumstances in which the so-called match events occur are frequently part of this criticism. Therefore we developed a model called Contribution Ratings, which takes into account the context of match events.

On the Player Details of a player you can check how well this player actually contributes to his team's performance on a range of different actions, such as Shots, Passes, Dribbles, Crosses and Take ons. Furthermore we added the contributions of all players with the same position on the pitch and that are playing in the same league to provide you with even more context.

Last months we received multiple requests to enable an export that allows the user to download the data of a list of players which can be used for further analysis and not steps in the scouting process. In the export menu in the right top corner of the shortlist, you can now choose to export the data of the players in the shortlist by selecting "download as CSV".

Ability to set a personalised benchmark in the Shadow Team

Based on feedback from several customers, who wanted to review their shadow team against the league table ambitions of their club, we added 4 different benchmark options per league. So if you set up your shadow team, you now have the option to compare the SciSkill and Potential of your team with the top, middle top, bottom top and bottom of the league. 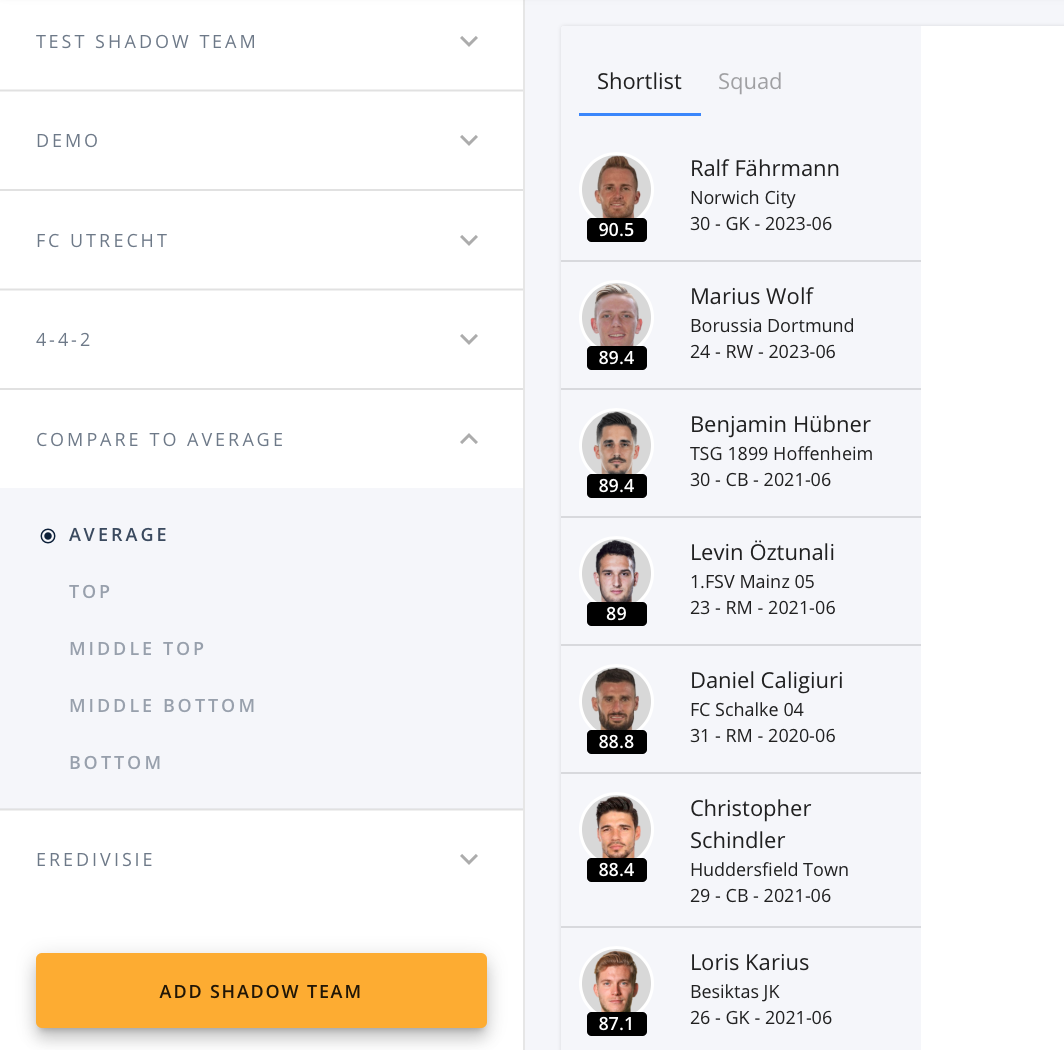 Restyling and optimisation of the player cards

We noticed that loading a player sometimes took a while (especially with a bad internet connection). We decided to implement some optimisations in the background and, at the same time, restyle the player card a bit. These changes allow you to check out that potential signing even better and faster than before!