Some time ago, we released brand new player profile pages in the platform. At the tile Career Statistics we have been showing DETAILS COMING SOON since then, but the wait is over now: today we have released the detailed page of a player's Career Statistics! Besides this, we have been working on some optimisations of the quantity vs quality pages in a player's performance section.

The Career Statistics insights at a player's page, are there to help you contextualise a player’s recent and past usage (matches played) and productivity (goals scored / shots saved).

The corresponding tile -already present in previous versions- on the home page directly returns a selection of the player’s most important usage and productivity statistics (appearances, goals, assists, clean sheets, goals against) for the 3 most recent seasons.

On the detailed page for Career Statistics we show a wider range of usage statistics, namely, appearances, minutes and starts. Productivity is indicated by goals and assists for field players, and for goalkeepers by clean sheets and goals against. Besides this, productivity is accompanied by the number of yellow and red cards per season are indicated at this detailed page.

The Career Stats are displayed from season 2016/2017 onwards. 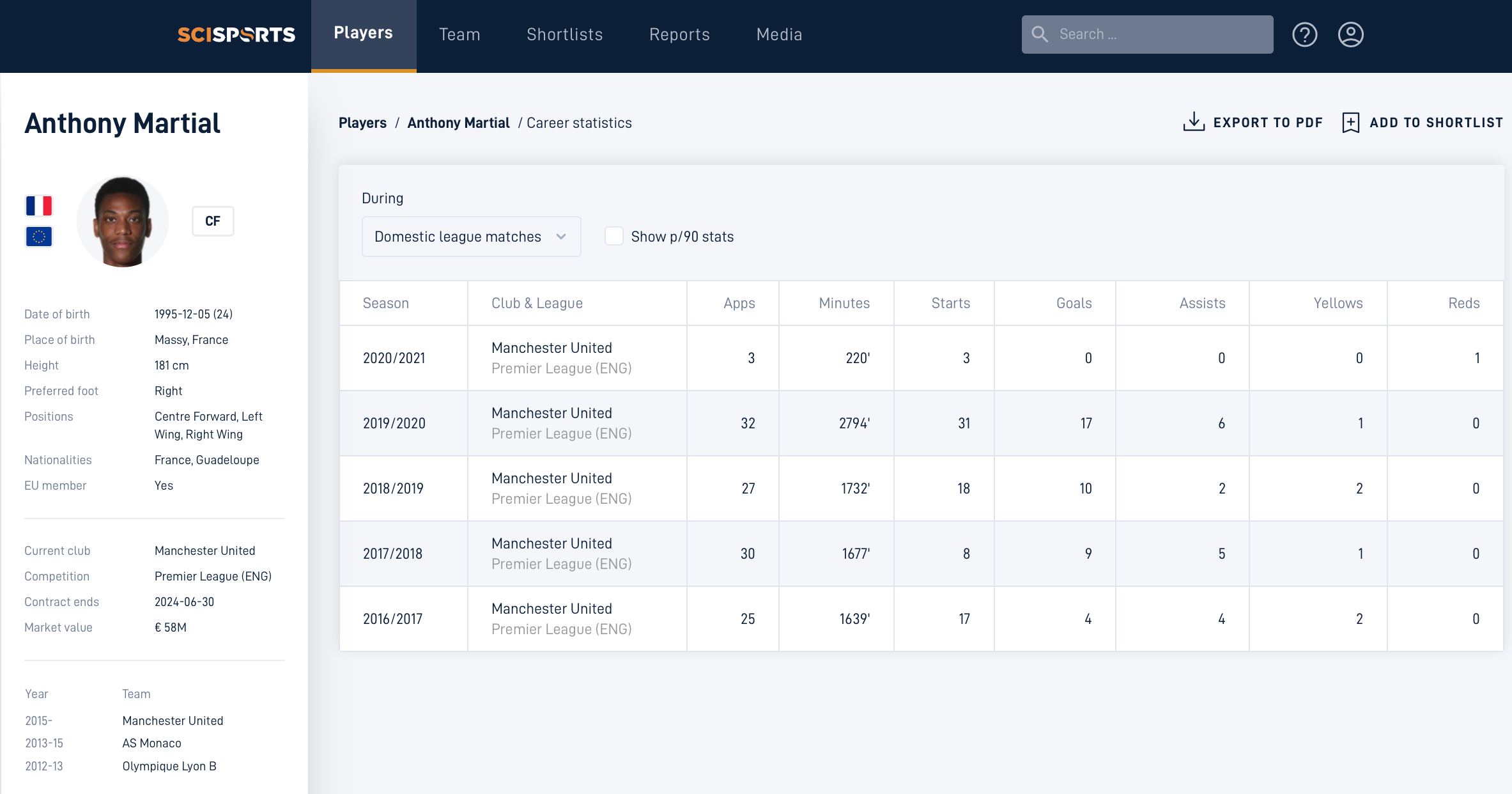 After last week's release, we received some feedback from our users on the "quantity chart" (the bottom left chart at the most detailed pages of the performance section). Based on this feedback we decided to change all dots in that chart to neutral colours, because fewer actions performed by a player does not necessarily mean that is is performing worse than others (can be caused by team tactics). Furthermore we removed the 0-line (indicated by the + and - icons) from this chart, because a player will never reach a negative number of actions in a season. 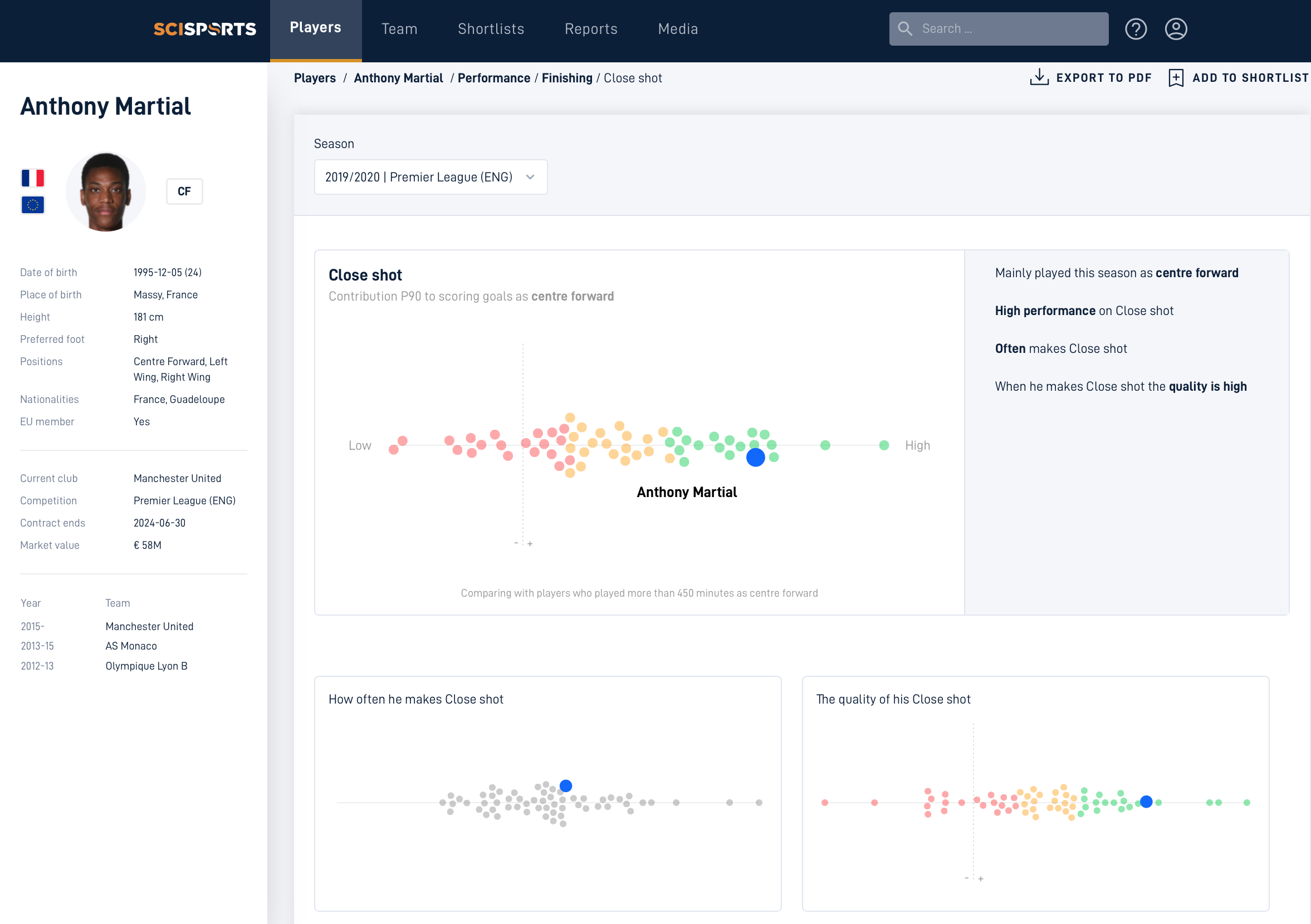