We're excited to present SciSports Platform v2.3. In this release we have a new feature for you -> player comparison!

This feature has been requested a lot since we released the new player pages recently. So we developed a feature that allows you to compare any given player you are viewing at that time with one or two other players. These could be players on your shortlist for example, or players from your team or any competitor's team.

You will enter the player compare feature by hitting the COMPARE button at the top right corner of any player page. The player you were viewing will be filled in automatically. Please make sure you select the season you would like to compare the player on, such that we can show you the right Career Statistics for this season!

Currently, the feature allows you to compare a given player with one or two other players on the following aspects: 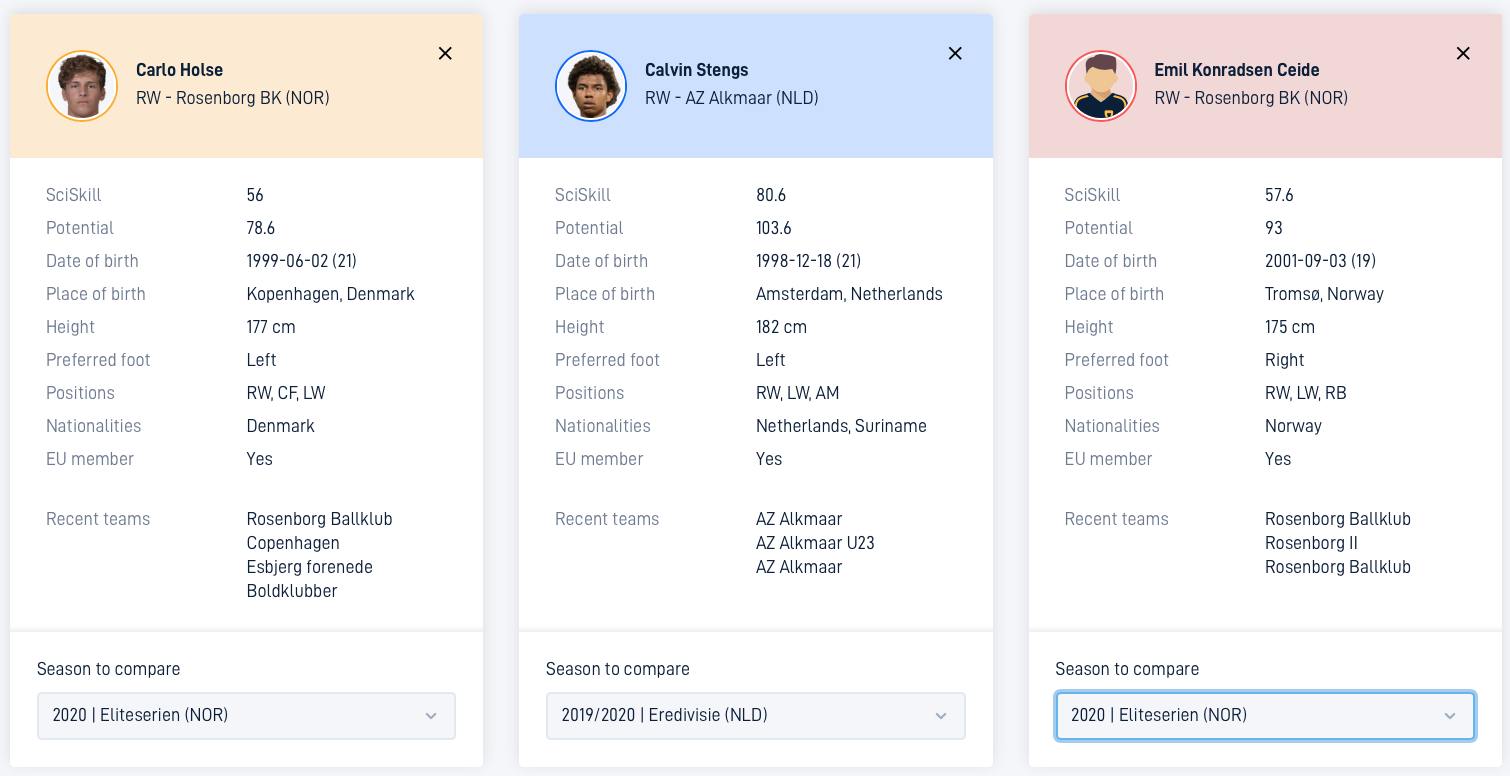 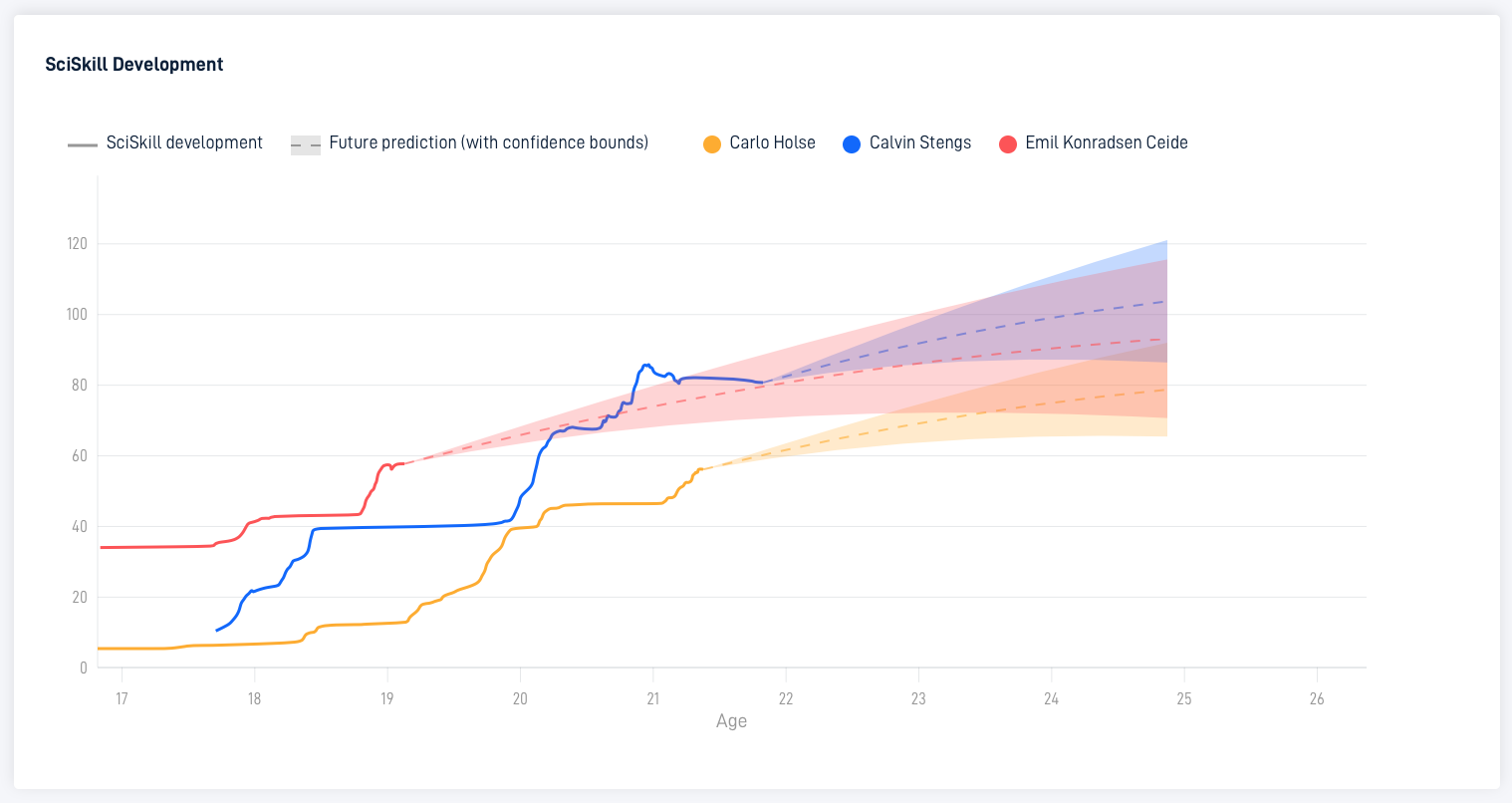