In the current version of the Shadow Team players are benchmarked against league averages, which means that every player on the pitch is compared with the same SciSkill.

Could SciSports extend the Shadow Team app by benchmarking each of the 11 positions on the pitch individually with the average league SciSkill of this specific position?

This would lead to even better insights in the positions that require attention (for the upcoming transfer window).

Each player on the pitch is compared to a SciSkill of 99.4, which is the league's average of top teams.

With the suggested functionality, players would be compared with a specific SciSkill for the position they are placed on. 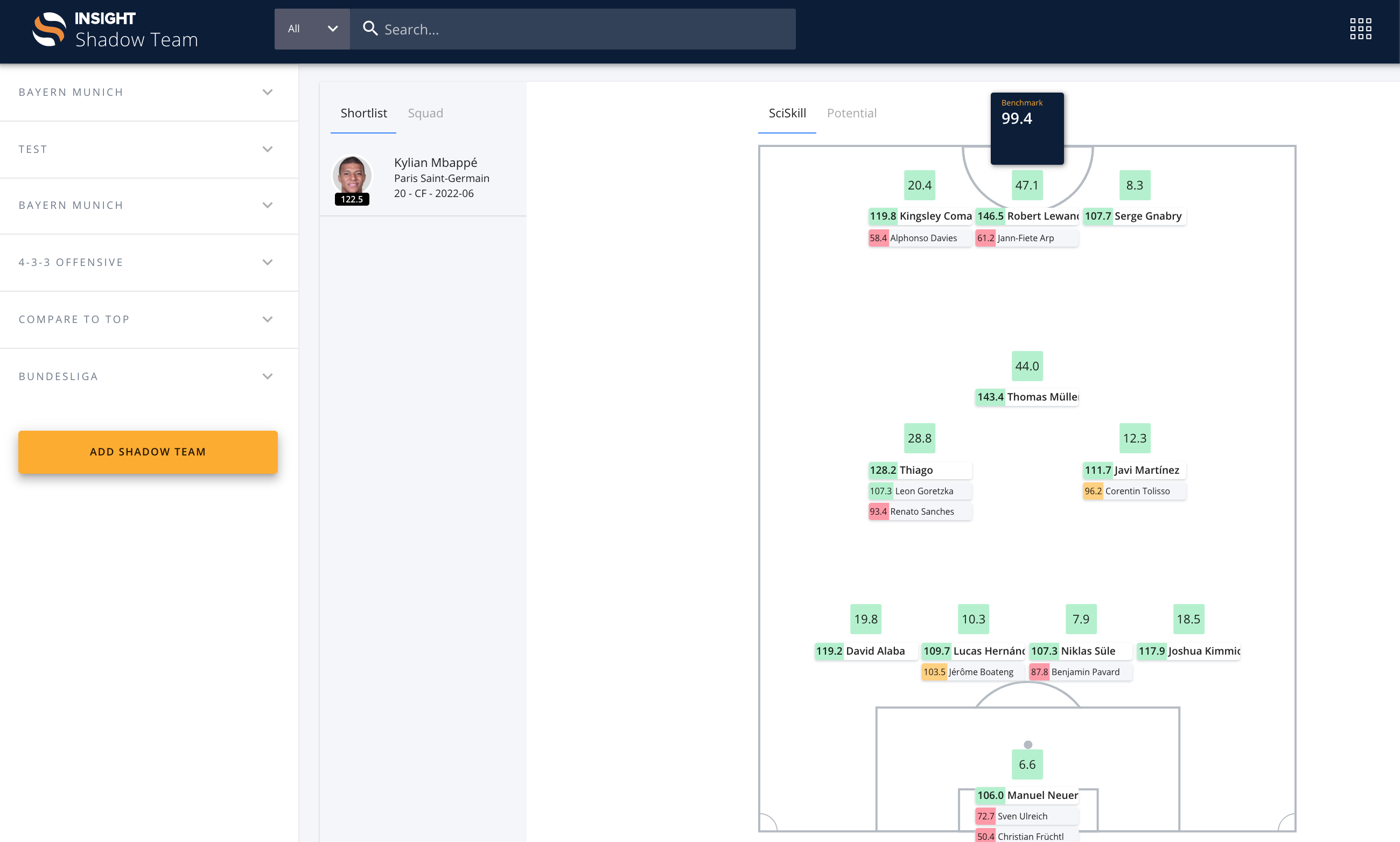