All Collections
Recruitment Platform - Player Assessment
SciSkill & Potential
How can I use SciSkill and Potential in assessing a player?

How can I use SciSkill and Potential in assessing a player?

Ways of using SciSkill and Potential to improve scouting through data

When assessing a player on SciSkill and Potential, it is important to know which values meet your standards and any useful benchmarks to set. In this article, we discuss how to check the current SciSkill levels of any team which could help you define your criteria.

Another important aspect of defining your SciSkill criteria is what type of player your team needs - are you looking for an experienced player who would have an immediate impact on the team’s performance, or is the focus on players that would get the time to develop themselves and need to generate profit from a future transfer?

In the case that you are looking for an experienced player who would have an immediate impact on the team’s performance, we advise you to emphasize on a player’s SciSkill level. Look out for players who currently qualify for First Team player or Key Player already. You can easily check this at the SciSkill & Potential tile on the player’s home page by comparing with your own team. 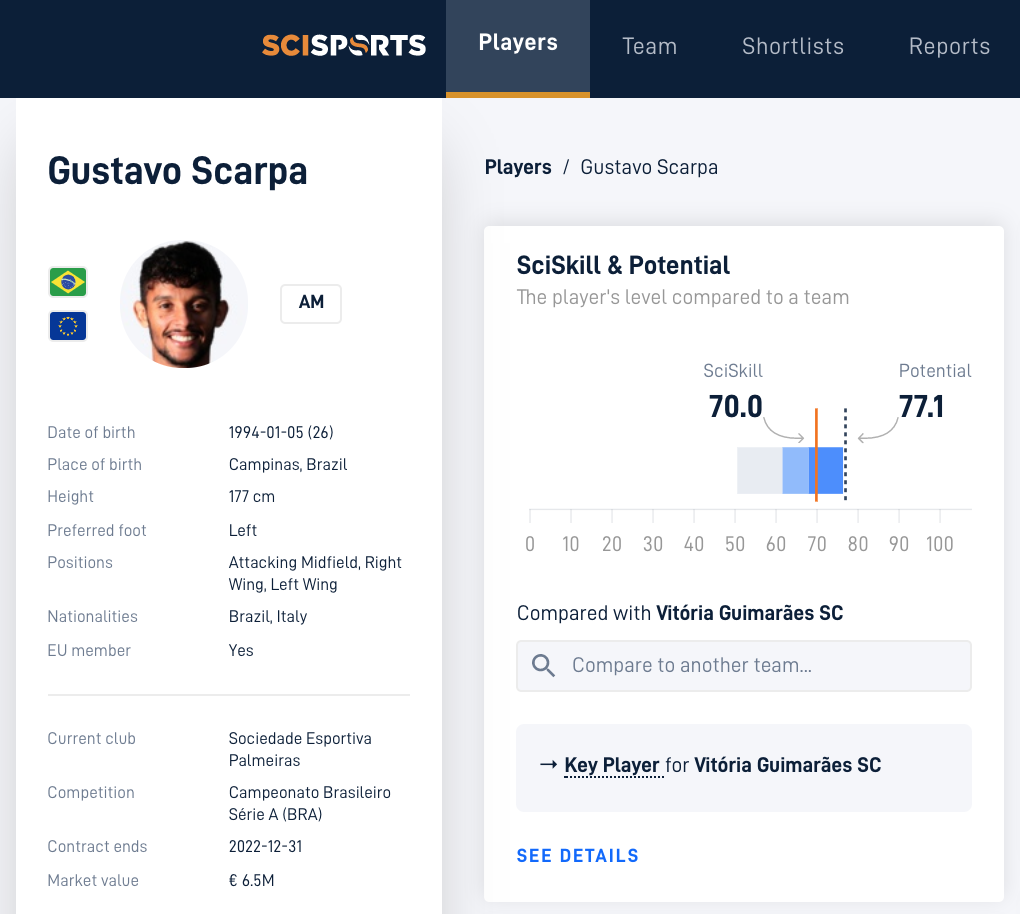 When you are scanning the market for players that would have significant future transfer value, you might want to focus more on a player’s SciSkill Development and Potential. Specifically, players with an upward SciSkill trend and a (big) gap between current SciSkill and estimated Potential could yield future transfer profits. Although a player might not qualify as a First Team player yet, they could have the Potential to become one. 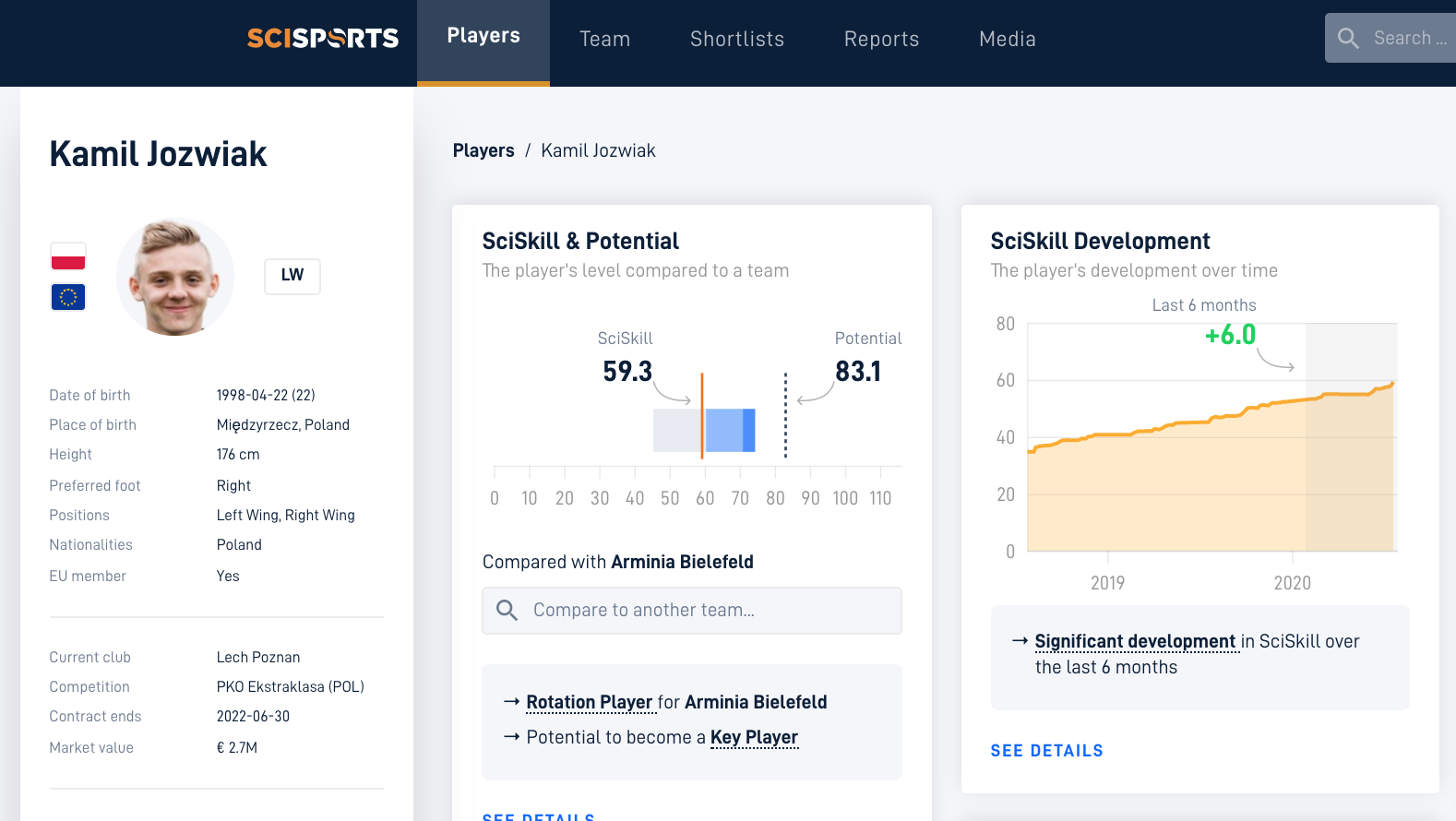 A higher Potential than SciSkill can be interesting when you’re looking to buy players that you might want to sell within a couple of years or there is some space to develop one or two years before the player has to be at least a First Team Player. Once you see an upward trend in SciSkill and there is still a gap between a player’s Potential and his SciSkill, his level is expected to grow in the coming years - therefore leading to a higher market value.

Check out this article for more information on how to compare players based on SciSkill.