All Collections
Recruitment Platform - Player Assessment
Playing Style
How can I use Playing Style in assessing a player?

How can I use Playing Style in assessing a player?

In the search for potential signings, the Playing Style module provides insights in which roles a player has fulfilled during a specific season and also enables you to find players who are similar to a reference player in terms of playing style. This corresponding filter (offered as “similar to” in the player list) reduces the number of prospects even further and enables scouts to spend more time on video analysis and watching players live in action.

Showcase
In this showcase we demonstrate how the Playing Style module helps to find a suitable replacement for Borussia Dortmund winger Jadon Sancho. Hence, we select the England winger as a reference player in this demo. According to Sancho’s profile page, he mostly plays as a Right Winger and behaves most like a Wide Playmaker in the 2019/2020 Bundesliga season. 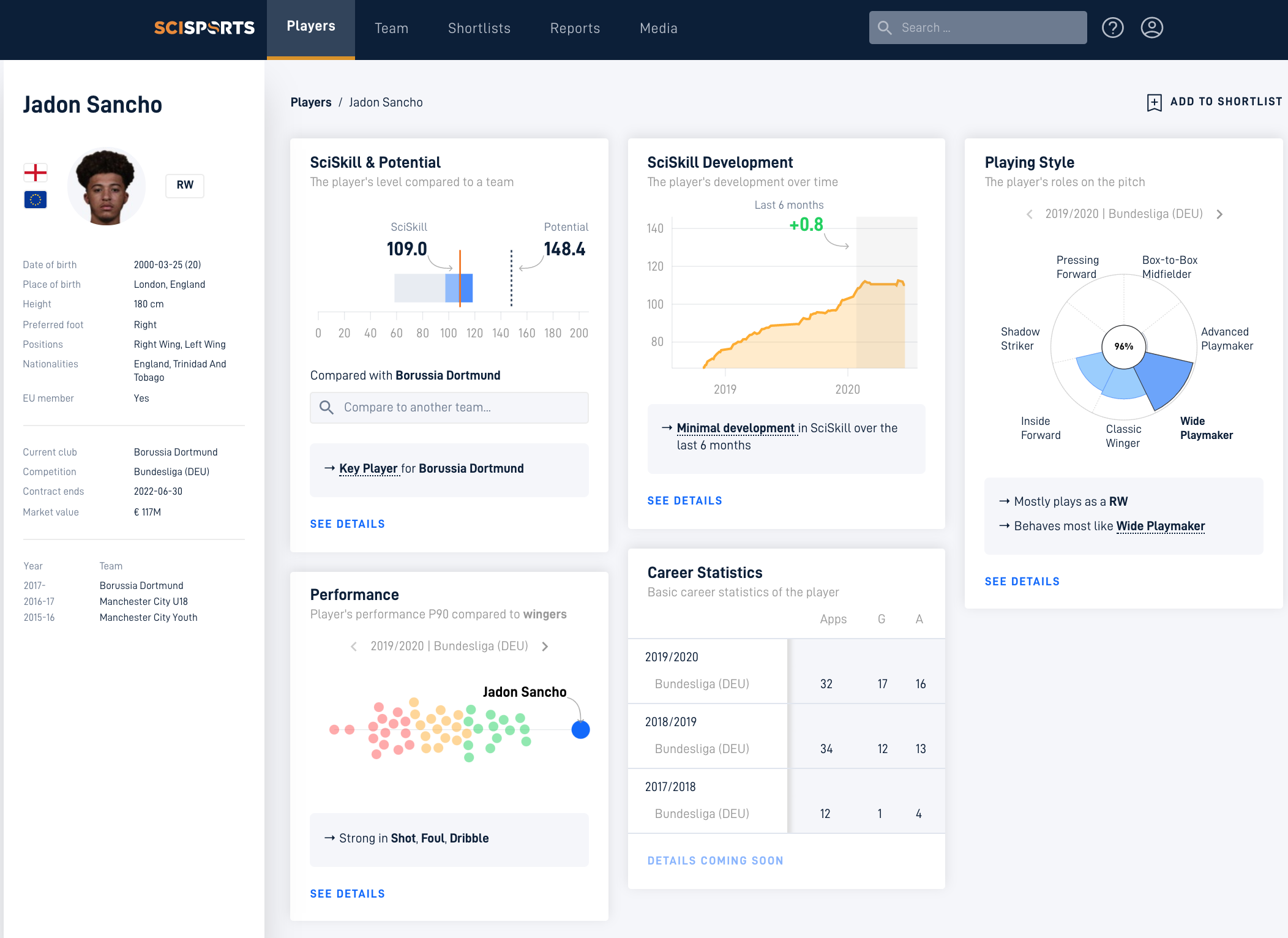 When searching for players with a similar playing style, you can apply as many additional filters as you please. Based on the characteristics of Jadon Sancho, we set the age filter to a maximum age of 23 and the SciSkill filter to a minimum value of 100. Furthermore, we only look at players who could play as a Right Winger. 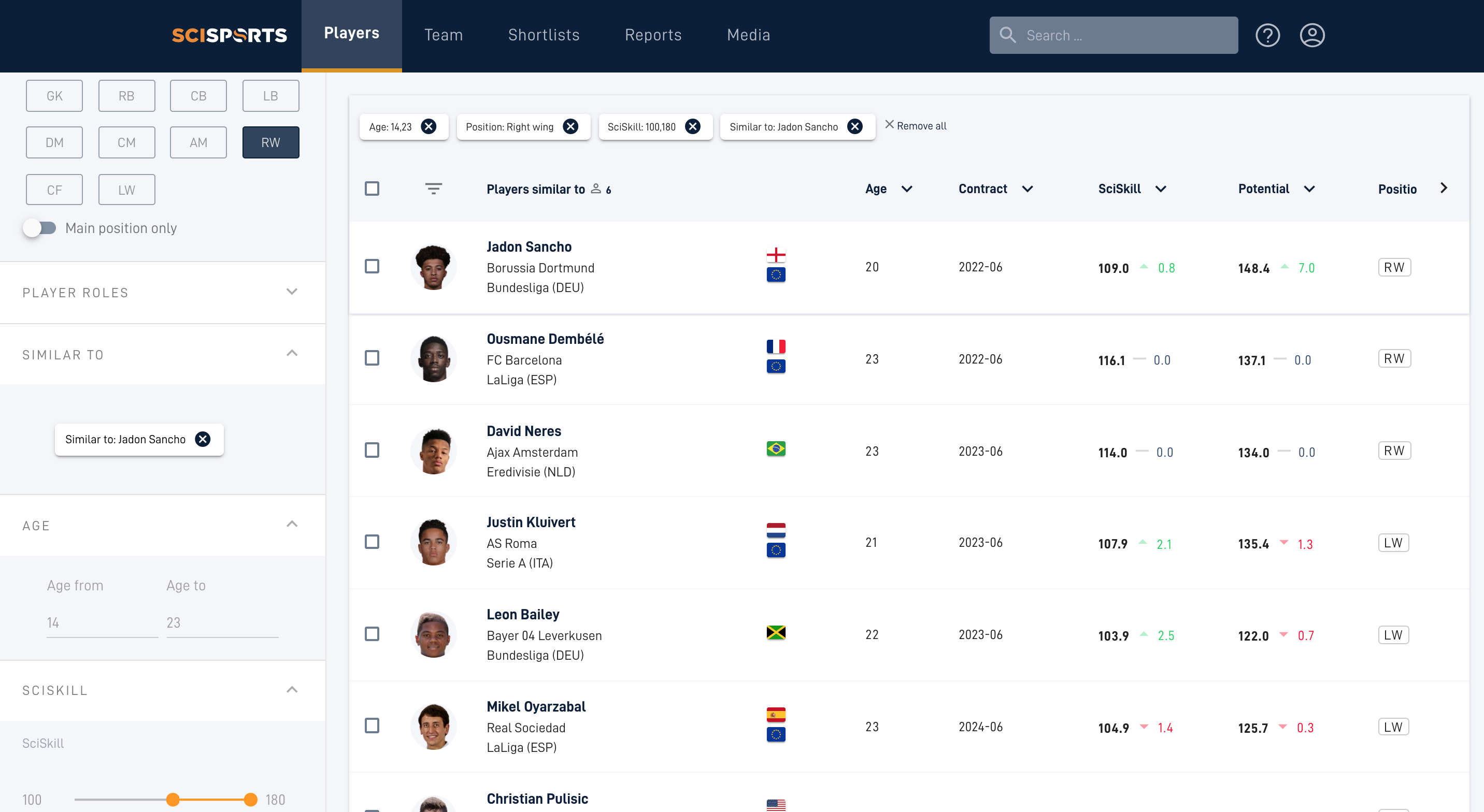 The figure above shows the candidate replacements for Sancho suggested by the SciSports platform based on our search query. The list is topped by Ousmana Dembélé (FC Barcelona), David Neres (Ajax Amsterdam) and Justin Kluivert (AS Roma).

The figures below show the Player Roles fingerprints of Kluivert, Sancho and Dembélé. The fingerprints present a complete overview of the roles a certain player has fulfilled in the most recent season for which we have a blueprint of and enable you to quickly compare the players. In this example, the fingerprints reveal that both Sancho and Dembélé show slightly more similarities with a Wide Playmaker than Kluivert does.

In case you do not have a clear benchmark player as a starting point for your search, you can also filter down the player list on individual player styles, such as "Wide Playmaker".

Comparing players by Playing Style is best done through the Player Compare functionality where you can directly compare up to three players of your choice.