How SciSkill Development can further support your scouting

As shown in the example below, this player experienced a negative development over the past 6 months. This could be due to less playing time or lower performance. On the other hand, a positive development can be related to more playing time, good performance or playing more minutes after a transfer to a bigger league. 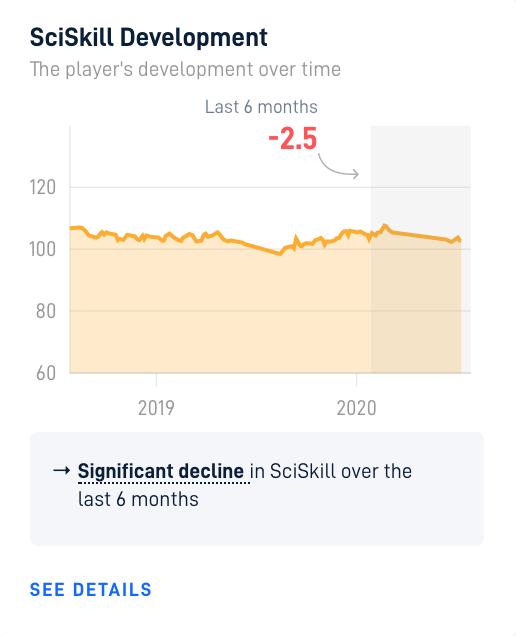 The SciSkill development chart is accompanied by a specific take-away to help you contextualise the chart. In this example, the player shows a decrease in SciSkill of 2.5 over the last 6 months, which we describe as a “significant decline”. The definition of “significant decline” is a SciSkill development between -5 and -2. All possible take-aways and their definitions are shown in the table below.

When you click on SEE DETAILS, you can view the player’s SciSkill development over his entire career, indicated by the orange line. Furthermore, you are able to view historical Potential estimations for this player here (indicated by the grey dotted line after ticking the corresponding box on top of the chart). With this functionality you can spot former talents whose SciSkill never reached the level of the Potential we predicted in their early years. This could happen for players who made some poor decisions early on in their career, by moving to teams where they did not play, suffering a long-term injury or moving to leagues where league strength was not high enough.

Please note that the Potential estimations which are based on a small number of matches, as is the case with every player early on in their career, are less reliable. This is also reflected by the confidence bound (in orange) shown around the predicted Potential line. The more matches we have of a player, the smaller this bound will be. 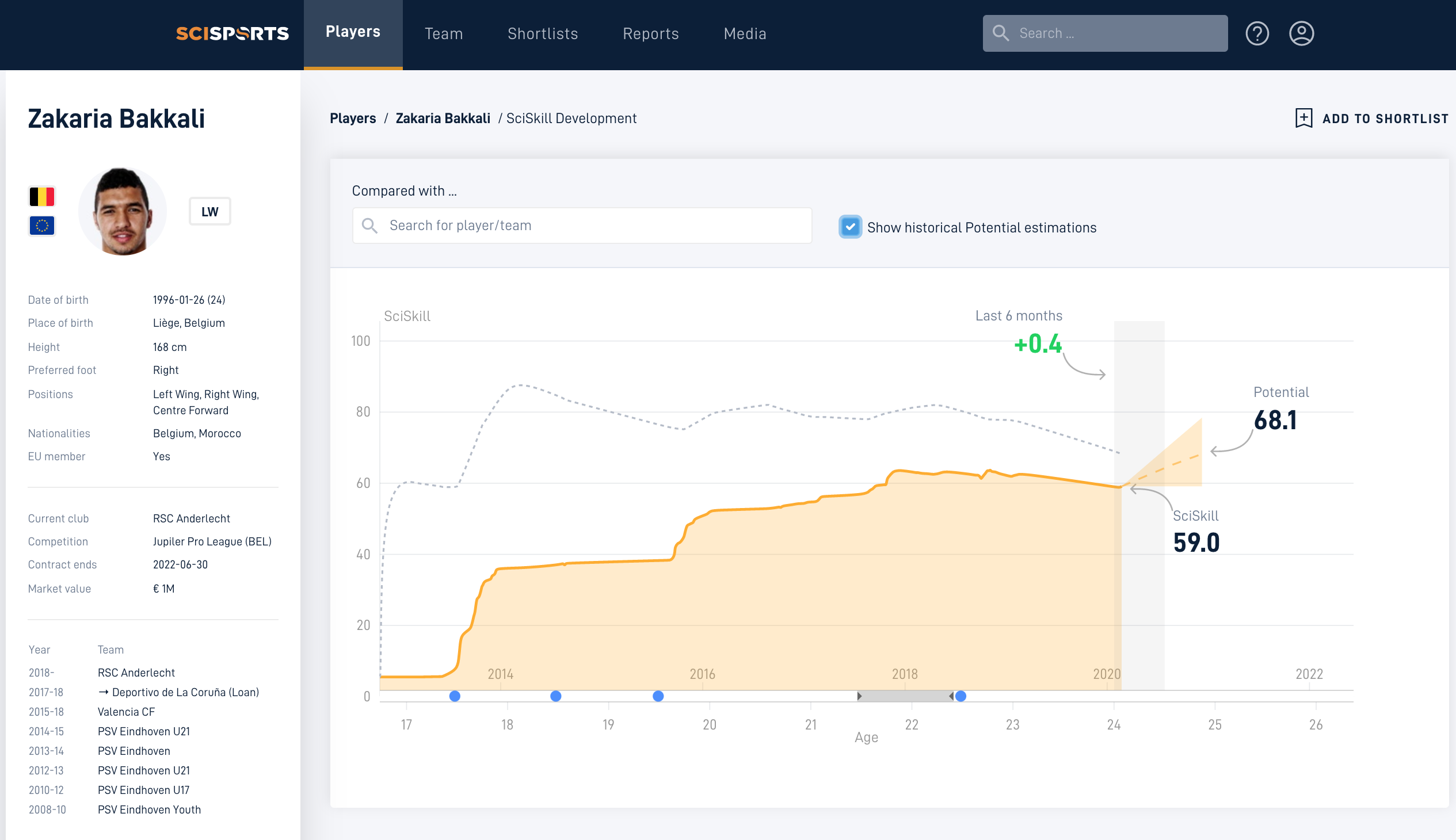 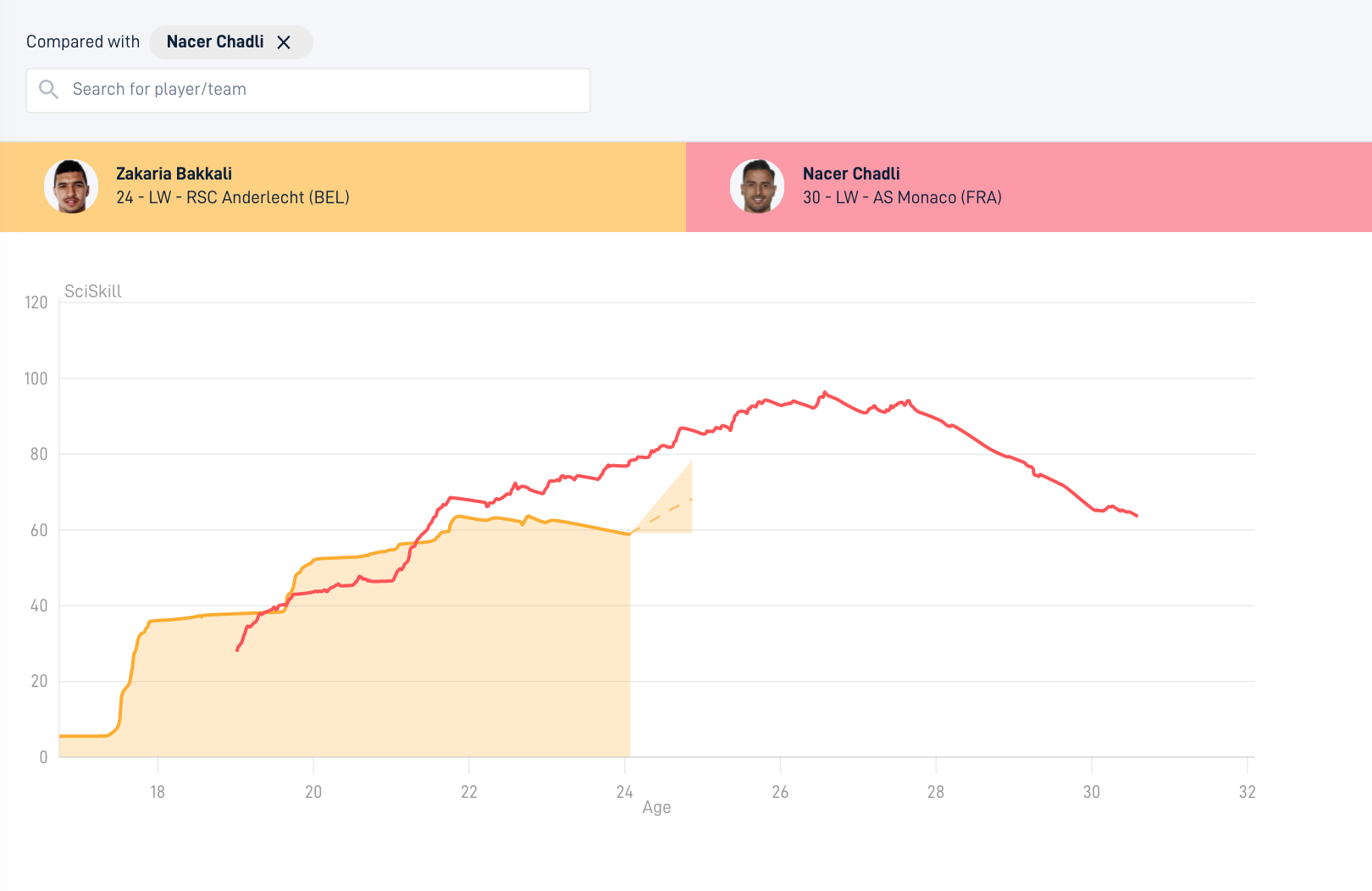