All Collections
Recruitment Platform - Player Assessment
Performance
What does defensive Performance consist of?

What does defensive Performance consist of?

As explained in this article, the Performance metrics in the SciSports Platform assess the impact of each player's actions on the course of a match.

The defensive variant of Performance considers the actions that mostly contribute to preventing goals. We measure a player’s Performance on a range of 5 distinct action types, namely defensive positioning, interceptions, tackles, clearances and fouls. The overall chart shows the total contribution on all 5 action types. All the defensive performances are compared to similar players in the league. 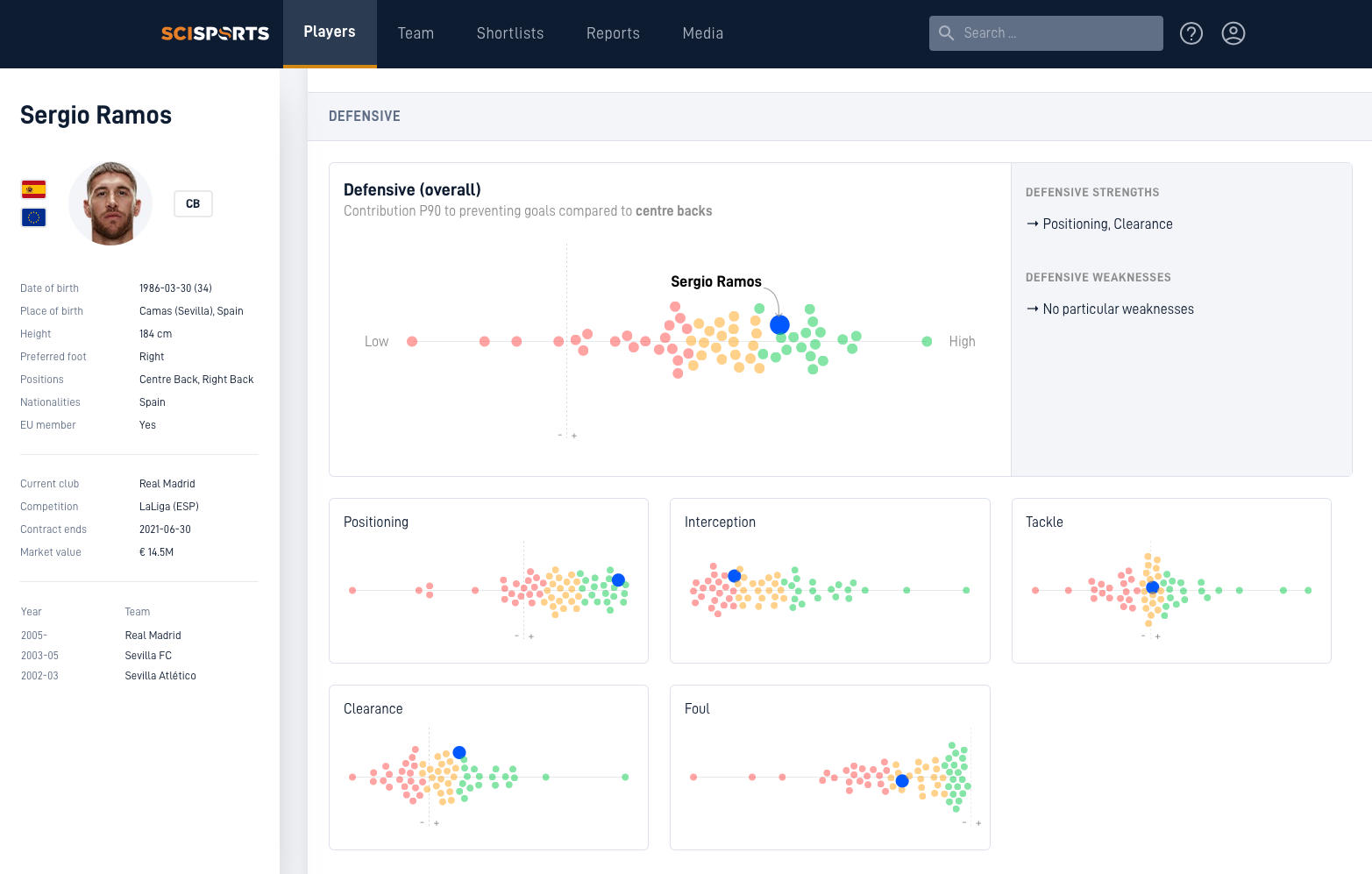 Preventing the opponent from being dangerous without touching the ball. These are the attempts of players of the defending team to decrease the opponent’s scoring chances by positioning well, as Virgil Van Dijk shows in the video below.

An attempt to steal or clear the ball from the feet of the opponent via a sliding movement (on the ground).

Attempt to kick or head the ball with the main goal to relieve the opponent’s goal scoring chances (and not necessarily to reach a teammate), such as kicking/heading the ball forward or cross the byline or touch line.

Any attempt to decrease the opponent’s scoring chances that leads to a free kick (or penalty kick) for the opponent.