How does SciSports define player positions?

SciSports identified the following ten different positions that are common in modern football:

Since comparing players playing in similar positions is important for player recruitment, the aforementioned positions strike an excellent balance between the granularity of specific positions (e.g., Right back versus Right wing back) and general lines (e.g., defense or midfield). 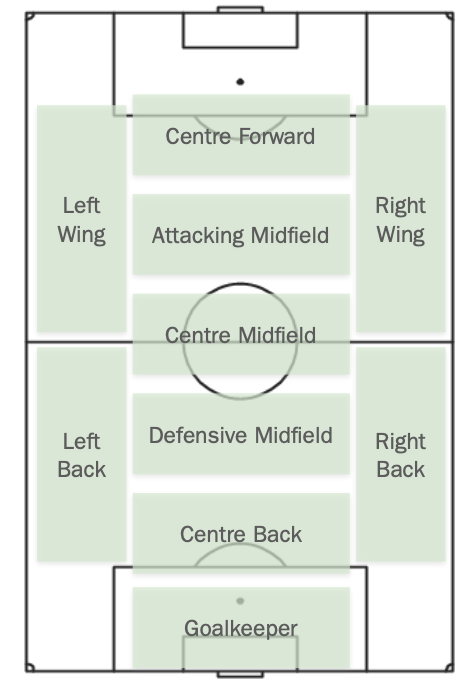